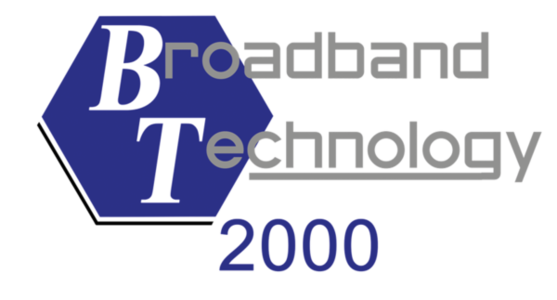 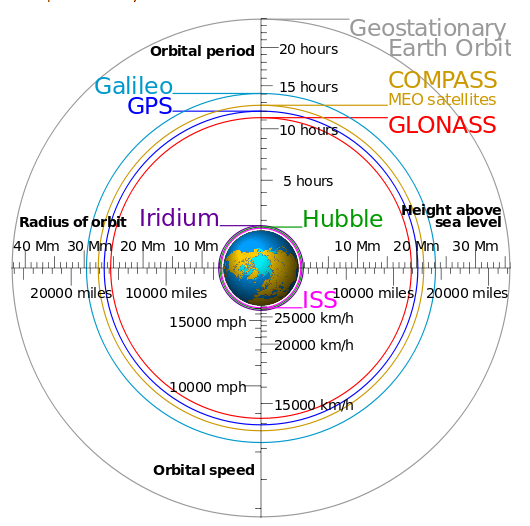 Most satellite navigation systems operate on similar principles. The satellites are arranged in geosynchronous orbits—each one's speed and altitude is carefully controlled so that it stays in the same place in the sky.

Geosynchronous satellite orbits have a few interesting properties. Since the individual satellites maintain their relative positions, they form stable artificial constellations. By equipping each satellite with a radio transmitter, it's possible to calculate position data from the ground by listening to the signals coming from recognized devices and estimating the timing delays. Alternatively, a receiver that knows its position can calculate the local time. These satellite constellations vary in terms of their orbital heights and the speeds at which they travel around the sky. Other technical distinctions include the fact that they employ mostly unique radio frequency bands for their data transmissions.

No satellite navigation system is perfect. A ground-based receiver needs signals from multiple transmitters to get an accurate timing or positional fix, and the most populated systems only include a few dozen satellites. In other words, loss of a single signal may have a more significant impact in a constellation with fewer members to spare in the first place.

The U.S. spent years dominating the scene with the Global Positioning System. Even with the later addition of Russia's GLONASS, the options remained limited.

More recently, however, the playing field has become host to the European Union's global Galileo and China's regional BeiDou, once known as COMPASS.

Other options, like Japan's Quasi-Zenith Satellite System (QZSS) and India regional navigation satellite system (IRNSS), are currently restricted to limited regions. If things go according to plan, however, they should eventually expand to provide broader coverage.

The Global Positioning System (GPS) is owned and operated by the United States. The official US Department of Defense name for GPS is NAVSTAR.

The GPS is a worldwide radio-navigation system formed from a constellation of 24 satellites that continuously orbit the earth. Each GPS satellite has on board several atomic clocks that are precisely synchronized to Universal Time Coordinated (UTC) provided by the U.S. Naval Observatory (USNO). Coded signals are broadcast by each of the satellites with the exact time and position of the satellite. All GPS receivers use an antenna to receive these signals. By using a GPS receiver optimized for time and not position, it is possible to get extremely precise time synchronization with the satellite's atomic clocks.

The signals from the GPS satellites operate in the "semi-visible" spectrum of the L1 band (1575.42 MHz) with a minimum signal level of -162.0 dBW. With this very low signal strength, the GPS antenna must be able to "see" the sky to acquire the signals. Practically speaking, the antenna must have a clear view of the sky and thus be mounted on a roof, or in some cases in a window.

BeiDou (or BDS, formally known as COMPASS) is a regional GNSS owned and operated by the People's Republic of China. China is in the process of expanding the system to 35 satellites to provide global coverage.

QZSS, or Quasi-Zenith Satellite System, is a regional GNSS operated by QZS System Service Inc. (QSS) and owned by the Government of Japan. QZSS works with GPS to improve coverage in East Asia. The constellation is operational with 4 satellites. By 2023, Japan plans to have 7 satellites for autonomous capability.

IRNSS is an independent regional navigation satellite system (consisting of a constellation of seven satellites, soon to be extended to eleven) being developed by India. The NavIC (Navigation with Indian Constellation) satellites use dual frequency bands (L5-band and S-band), which is why the system is relatively more accurate than GPS (that uses a single band and makes compensation for error due to signal deterioration by the atmosphere). It is designed to provide accurate position

information services to users in India as well as the region extending up to 1500 km from its boundary, which is its primary service area. IRNSS will provide two types of services, namely, Standard Positioning Service (SPS) which is provided to all the users and Restricted Service (RS), which is an encrypted service provided only to the authorised military users with an accuracy of 1 to 5 metres. The IRNSS System is expected to provide a position accuracy of up to 20 metres in the primary service area.

Which GNSS System Should You Use?

Multi-GNSS can solve problems like outages by using a variety of different systems. For instance, if part of the QZSS or IRNSS satellite constellation fails, the receiver might fall back on GLONASS, BeiDou, or Galileo. This capability means that users don't have to stick to a particular option to enjoy reliable timing and positioning feedback.

In the end, the choice of satellite constellations should reflect your use case. For instance, if you were deploying a network in a particular country, you'd probably go with whichever positioning system provided the most accurate information. National security embargoes and other political issues can also impact the viability of specific alternatives. GNSS threats like jamming and spoofing can also impact performance.

There are many ways to ensure that your servers, security systems, media recorders and other devices are operating in sync.

The NTP standard employs servers that supply clients, such as the computers in your network, with current Coordinated Universal Time, or UTC, information in response to individual requests. Although your hardware can ask for the present time from many different servers in the network, some devices provide more accurate data than others due to factors like system lag and latency.

The timekeeping servers in these networks are arranged in distinct strata, also known as layers. The most accurate devices exist in Stratum 0, and they include atomic, radio and other high-precision clocks, such as those found in NIST laboratories and GPS satellites. Stratum 1 servers, also known as primary time servers, are connected directly to Stratum 0 devices as well as their same-level peers.

· Uses a standardized, 64-bit UDP packet that can theoretically achieve picosecond (trillionth of a second) timing and determine dates within a 136-year range

Another variant of this protocol, known as SNTP or Simple Network Time Protocol, employs the same packet and message format. The major difference is that SNTP is significantly less accurate. Since clients cannot obtain timing data from multiple sources or use MD5 checksums, they're vulnerable to general network inaccuracies and malicious agents that intentionally provide incorrect time stamps.

PTP, defined in IEEE 1588, facilitates applications where the NTP lacks sufficient accuracy. By utilizing hardware-based time-stamping, it provides more accurate synchronization. Instead of clients requesting timing information, master clocks initiate contact by sending them data that they can use to stay in sync. As a PTP grandmaster communicates with the clocks it's synchronizing, the information passing from one machine to the other gains a timestamp at each stop.

Why is timestamping important? These sequential records serve as references that can help quantify how much network latency exists between a grandmaster and a given slave clock. Such features give IEEE 1588-compliant devices the ability to:

· Use an algorithm called best master clock, or BMC, to choose the fittest clock source from a range of candidates

· Reliably track time down to the nanosecond, or billionth of a second, and picosecond levels

· Enable varied network topographies, such as all of the slave clocks connecting to a single grand master timing reference or the grandmaster sending timing data to boundary clocks that then synchronize other slaves

Why the Global Positioning System (GPS) and Time Synchronization Go Hand in Hand?

By using dedicated hardware devices, PTP networks gain the power to minimize latency that could arise as a result of unforeseen factors. For instance, timekeeping software routinely has to contend with challenges like a lack of local operating system resources and unquantifiable delays in network communications. There are numerous ways to overcome such hurdles. One widely accepted technique uses synchronization references that include highly-accurate GPS satellites.

The GPS, does more than just let consumers find their way around during vacation road trips. This system consists of fixed constellations of special orbiting satellites that each carry:

· Transmitters that constantly broadcast their position and clock time

These satellites are all synchronized to the same time and have known locations due to their geosynchronous orbits. As a result, receivers can listen to multiple broadcast sources and use trilateration, which is somewhat similar to triangulation, to determine their own position and time deviation.

Making Up for Lost Time

Although the Global Positioning System is very accurate, it's not without problems. The satellite network employs its own time standard, and this doesn't quite match up with what we use here on Earth. The speed at which our planet rotates varies.

The movement of the fluid metallic core inside the Earth

To deal with these factors, Coordinated Universal Time introduces a leap second that gets tacked on to the time to keep it precisely locked with atomic time. However, unlike the highly predictable leap year, these extra seconds are added as needed to ensure that UTC and mean solar time, or UT1, never differ by more than 0.9 seconds. GPS doesn't accommodate these extra seconds, so it's still tied to the way UTC was in 1980. As a result, satellites must broadcast additional offset information to let receivers know how much they need to adjust their estimates.

Different network timekeeping options all have their pros and cons. While accuracy is definitely a positive, it may be prohibitively expensive to equip every one of your networked machines with a direct link to a Stratum 1 source. Or you might find that your system control application places a greater value on local synchronization than it does on matching external UTC sources.

Traceability describes how the results of your time estimation relate to a specific reference. In the world of network timekeeping, for instance, you can build a chain of traceability that links your timing measurements to their sources. You can then use the chain to satisfy legal requirements.

For instance, you might provide stakeholders and users with accurate estimates of your measurements' total ambiguity by adding the uncertainties of the individual sources you utilized to calculate them. Such precision is vital when timing is required for critical applications, such as:

Network time servers that provide traceable time place you on firmer legal footing. By allowing you to offer an extra degree of precision in the form of uncertainty measurements, traceable time estimates help you avoid being deemed liable for losses caused by unavoidable inaccuracies.

The most effective servers don't only use NTP. They're also conversant with PTP and other standards. This means that you can integrate them seamlessly into a range of network configurations. Such flexibility also extends to the clock source side of the timekeeping architecture. Servers can use other geosynchronous satellite constellations, such as the Russian GLONASS system, in addition to the U.S. Global Positioning System for legally traceable time. This practice is advantageous because systems that employ a greater number of data points can produce quicker, more precise time and positioning estimates. They can also accept various synchronizing signals over Ethernet, so it's possible to create a customized implementation that serves your purposes and satisfies your budget constraints.

To see the PCTEL GNSS or GPS antenna which best suits your application, please see the above spreadsheet detailing the current PCTEL antennas. PCTEL are constantly releasing new products to match evolving standards so please contact us for further information.